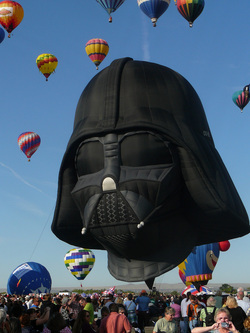 "Perhaps I can find new ways to motivate them."
Opening Keynote

Eric Childress, OCLC Consulting Project Manager
Eric Childress (@echildress) provides project management support for OCLC Research projects and participates in various OCLC research and product-related activities focused on metadata, controlled vocabularies, and classification. His work has included, for example, providing technical expertise for OCLC’s metadata crosswalk service, serving as a member of the FAST (Faceted Application of Subject Terminology) research team and participating in OCLC's linked data work. Eric has been active in ALCTS (including serving as chair of the former ALCTS Audiovisual Committee), OLAC, and the PCC (including chairing the PCC AV Core working groups), and he presently serves on the editorial team behind the Dublin Core twitter account (@dublincore), on the DCMI Oversight Committee, and as a member of the NISO Content and Collection Management Committee.

Lynne Howarth
Lynne Howarth is professor and associate dean, research, at the Faculty of Information, University of Toronto, Canada.  She holds an affiliation as Distinguished Researcher in Information Organization at the School of Information Studies, University of Wisconsin, Milwaukee.  Her research and teaching are focused on knowledge organization systems and standards, metadata for content management, and modeling and evaluating Technical Services in libraries. Funded by a Social Sciences and Humanities Council of Canada grant, she is currently researching categorization as sense-making strategy for individuals with mild cognitive impairment.  She is a member of the Canadian Committee on Cataloguing, the ISBD Review Group (IFLA), and the IFLA Classification and Indexing Section.

Paige G. Andrew: Map Cataloging
Paige G. Andrew, a graduate of the University of Washington (MLS, 1986), is the faculty maps cataloging librarian and a member of the Maps Cataloging Team, Cataloging and Metadata Services Department, Pennsylvania State University Libraries (1995- ). Formerly, he was the maps and nonbook materials cataloger at the University of Georgia Library (1986-1995). Author of Cataloging Sheet Maps, the Basics, as well as other publications on issues related to cartographic materials cataloging, Paige has also been active in both the creation of, and revision to, cataloging standards. Mr. Andrew received the 2009 Nancy B. Olson Award for outstanding service to the Online Audiovisual Catalogers, Inc. and the profession.


Rebecca L. Lubas: Managing Cataloging Departments, or, the Accidental Leader
Rebecca L. Lubas is director, Cataloging & Discovery Services at the University of New Mexico Libraries, where she coordinates a group of catalogers working in many formats. Before coming to New Mexico in 2008, Rebecca was at the Massachusetts Institute of Technology Libraries as Head of Cataloging and Metadata Services and Special Formats Cataloger.  She was a founding member of MIT Libraries’ Metadata Services Unit. Rebecca was President of the Online Audiovisual Catalogers in 2005, and has trained catalogers at the National and University Library in Kosovo in in 2006 and 2012. She is the editor of Practical Strategies for Cataloging Departments.


Bobby Bothmann: Managing Cataloging Departments, or, the Accidental Leader
Bobby Bothmann is metadata & emerging technologies librarian at Minnesota State University, Mankato where he wields MarcEdit in an effort to tame the catalog and larges sets of vendor records. He also spends time playing with new technology that may be useful. Bobby is also an adjunct instructor for Graduate School of Library and Information Science at the University of Illinois at Urbana-Champaign and for the School of Information Studies (SOIS) at the University of Wisconsin, Milwaukee (UWM). Bobby is a past treasurer and president of OLAC, co-chair of the 2004 OLAC Conference, and has been part of several other OLAC Conference committees over the years. He is the recipient of the 2007 recipient of the Esther J. Piercy Award, the 2009 recipient of the Graduate of the Last Decade Award for SOIS from the UWM Alumni Association, and the 2012 recipient of OLAC's research grant and Nancy B. Olson Award. He holds an MLIS from the University of Wisconsin, Milwaukee and is currently working on an RDA companion to Nancy Olson's Cataloging Audiovisual Materials.

Zoe Chao: Metadata Workshop
S.Y. Zoe Chao is metadata librarian at University of New Mexico. Before coming to Albuquerque, she was the metadata and portal librarian at the University of Illinois at Urbana-Champaign (UIUC). She received her Master of Library and Information Science from UIUC in December 2005.


Kelley McGrath: FRBR for Film & Video
Kelley McGrath is metadata management librarian at the University of Oregon. She is an experienced media cataloger and has worked with videos, ebooks, CD-ROMs, computer games, pictures and posters, kits, games, and a variety of three-dimensional objects. She has been active in OLAC for many years including several years as chair of OLAC’s Cataloging Policy Committee. She coordinated the joint OLAC/Music Library Association group that participated in the U.S. National Libraries RDA test and is currently OLAC’s liaison to CC:DA.  She is deeply interested in the potential of the Functional Requirement for Bibliographic Records (FRBR) model, structured data and faceted interfaces for improving access to moving images and is working on several projects in this area.


Rob Olendorf: Metadata Workshop
Robert Olendorf is research data librarian at University of New Mexico where he works closely with faculty to help manage and curate their data. He especially enjoys working with complex and hard to understand data sets. Previously he worked was an evolutionary biologist, where he studied the evolution of behavior, population genetics and molecular evolution.


Bonnie Parks: Best Practices for Batchloading e-serials Workshop
Bonnie Parks is the technology librarian and head of cataloging at the University of Portland in Portland, Oregon.  She edits the “Serials Conversations” column for Serials Review.  Bonnie enjoys teaching and frequently conducts training sessions for the Serials Cataloging Cooperative Training Program (SCCTP). She has taught graduate courses in information organization at Simmons College’s Graduate School of Library and Information Science as well as at the University of Arizona’s School of Information Resources and Library Science. Prior to assuming her position at UP, Bonnie was head of the serials cataloging section at MIT.


Adam L. Schiff: Constructing Headings in RDA
Adam L. Schiff is principal cataloger, University of Washington Libraries, Seattle. His was previously technical services librarian at the California Academy of Sciences in San Francisco, and biology librarian at the University of Colorado, Boulder. Adam has a M.L.I.S. from the University of California, Berkeley, and an A.B. (in biology) from Cornell University. As principal cataloger at the UW Libraries, Adam trains catalogers, develops cataloging policies, and serves as the NACO, SACO, and BIBCO coordinator and a liaison to the Program for Cooperative Cataloging. He is a NACO trainer and teaches several Catalogers Learning Workshop courses. He authored the SACO Participants' Manual. He has served as chair of the American Library Association's Cataloging Committee: Description and Access (CC:DA) and of the MARBI Committee. From 2006-2010, Adam chaired one of the two RDA Examples Groups created by the Joint Steering Committee for Development of RDA to provide the examples included in the text of RDA.


Steve Shadle: eSerials Cataloging Using the CONSER Standard Record Workshop
Steve Shadle is serials access librarian at the University of Washington Libraries.  With Les Hawkins (Library of Congress), he is co-author of the Serials Cataloging Cooperative Training Program (SCCTP) Electronic Serials Cataloging workshop and is very active in the training program as a trainer and mentor.  Prior to his tenure at the University of Washington, Steve was an ISSN cataloger at the U.S. ISSN Center of the Library of Congress.  Steve was the 2010 recipient of the Ulrich's Serials Librarianship Award for his work with electronic serials and is currently serving as the President of NASIG.


Vicki Sipe: Cataloging Digital Images
Vicki Sipe is catalog librarian at the University of Maryland, Baltimore County (UMBC).  Previously she worked in federal libraries cataloging a variety of materials including videocassettes, dvds, films, photographs and even some interactive multimedia.  She is a graduate of University of Maryland, College Park (MLS) and University of Minnesota, Minneapolis (BA, History).  As Catalog Librarian at UMBC, she has trained staff in everything from serials holdings to descriptive metadata for images.  She created her first records for images on OCLC for a collection at the U.S. Public Health Service in 1992.   Most recently she completed work on a collection of glass negatives with records created in CONTENTdm using Dublin Core and several subject thesauri.  This past year she gave presentations on Descriptive Metadata for Images and Image Analysis for the Maryland Library Association and Midwest CONTENTdm Users Group.


Jay Weitz: Basic Video Workshop & Sound Workshop
Jay Weitz is senior consulting database specialist at OCLC.  He serves as OCLC Liaison to the Music OCLC Users Group, OnLine Audiovisual Catalogers, Music Library Association, ALA's Map and Geography Round Table, and PCC Standards Committee.  He is also a member of IFLA's Cataloguing Committee and Vice-Chair of IFLA's Permanent UNIMARC Committee.  He is the author of Music Coding and Tagging and Cataloger's Judgment, and writes the cataloging Q&A columns of the MOUG Newsletter and the OLAC Newsletter.  Since 1992, he has presented dozens of cataloging workshops in the U.S., Canada, and Japan.  He has a BA in English from the University of Pennsylvania, an MLS from Rutgers University, and an MA in Education from Ohio State University.  He was the recipient of the MOUG Distinguished Service Award in 2004 and OLAC's Nancy B. Olson Award in 2005.